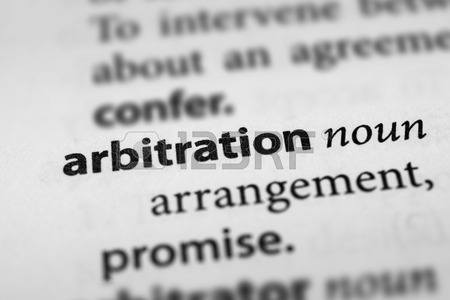 Courts have historically been protective of arbitration awards and reluctant to overturn them.  However, the level of deference to arbitration awards was significantly increased by the Texas Supreme Court’s recent decision in Hoskins v. Hoskins.[1]  In Hoskins the Court expressly overruled two common law basis for challenging arbitration rulings[2], and found that an arbitrator’s ruling could not be overturned even if it manifestly disregarded the law in Texas, unless the arbitration provision expressly limited the arbitrator’s authority to applying Texas law.[3]  Accordingly, businesses should carefully consider their goals before including an arbitration provision in their commercial contracts and draft specific language to reach those goals when arbitration is the correct option.

Arbitration is often touted as a more efficient and cost effective means of solving legal disputes.  Accordingly, many commercial contracts have a general provision calling for all disputes arising under the contract to be resolved by arbitration.  The goal of adding this provision is to ensure that no dispute is subject to all of the costs and delay associated with litigating in the court system.  Viewed in this light one might think that all contracts should contain an arbitration provision.  Who doesn’t want faster, cheaper resolution of disputes so that we can focus on running our business?

However, the decision in Hoskins means that unless the arbitration provision expressly includes limitations on the arbitrator’s authority to decide a dispute, the arbitrator can resolve the dispute in any manner s/he deems appropriate.  For example, an arbitrator could issue an award for a “claim” that is not recognized under Texas law.  Accordingly, an arbitration provision may introduce uncertainty in the contract and open the business up to liabilities and risks there were never even considered as a possibility when negotiating the contract.

Accordingly, while arbitration provisions still serve a valid strategic purpose, they should not be considered a proper provision for every contract.  Rather, businesses should carefully consider their goals before including an arbitration provision and consult with qualified counsel to ensure that proper language is used to outline the arbitrator’s authority.

[2] The first being gross mistake of the law (a mistake so significant as to imply bad faith or a lack of honest judgment) and the second being manifest disregard of the law (when the arbitrator recognized the law but chose to ignore or apply it incorrectly).